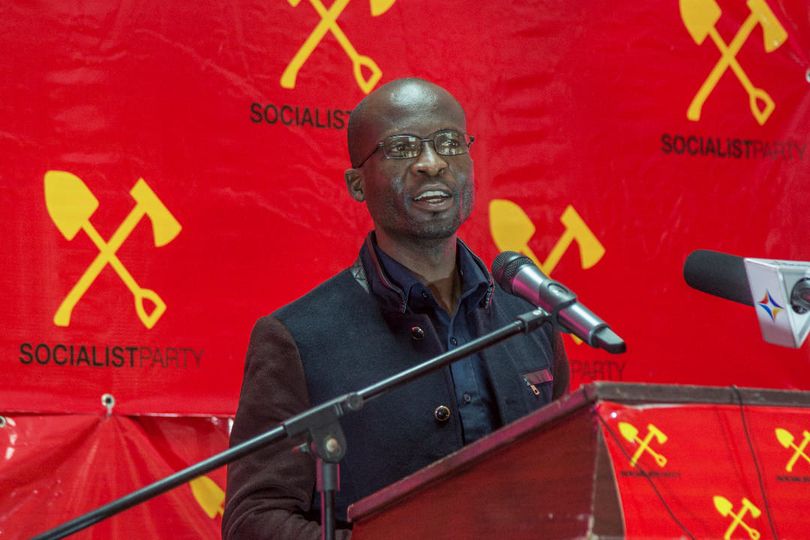 LUNTE constituency parliamentary candidate Mukupe Mwenya says he joined the Socialist Party because he was moved by Dr Fred M’membe’s passionate words about Zambia, emphasising the need to help and care for others, especially the vulnerable.

Comrade Mwenya says he was also impressed by the party’s manifesto. “These are the only pillars that can make Zambia a better place and country. After looking around, I have discovered that Dr M’membe is the only level-headed presidential candidate who has the purest of intentions to develop this country together with all the Zambians. He doesn’t say ‘I will’ but says ‘we will’ deliver justice, equity, and peace to ourselves, that’s a true character of an honest leader.

”Comrade Mwenya says the key issues in his area include poor roads and fragile or no bridges, poor schools and health posts and a lack of storage space.

“There are no industries or jobs for the young and elderly. Poverty is very high.

“The Socialist Party has a clear and promising message that will help turn this situation around. It also has leadership and through my constituency I will be able to work with the people to develop the key sectors of agriculture, education, and health together.

He has worked for a number of companies, including Tanganyika Farm as a sales manager, Hi-tech Agrovet as a general manager, and Hope Channel Zambia as a photographer.