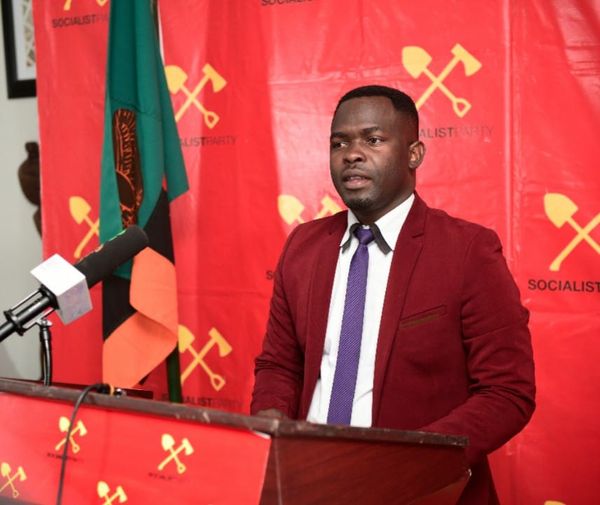 The Socialist Party (SP) in Mkaika constituency in Katete district in Eastern Province have commended the party leadership for adopting Martin Phiri to contest as a member of parliament in the soon coming 2021 general elections.

And Lukweta ward chairlady Charity Banda said the adoption of local people like Phiri would guarantee development that is responsive to the people’s aspirations.

She said the people from all the nine wards of the constituency have pledged to work with their own son, Phiri ahead of the general elections.

However, Banda expressed concern that unlike the Socialist Party, other parties were adopting non-indigenous candidates.

“Here in Lukweta ward we are very much ready to work with Martin Phiri as he has grown up from here so he understands the challenges we are going through here in Mkaika, there is no way we can reject our own son, he is our son and we are giving him our vote,” she said.

Meanwhile, Mnyamanzi Farms Chairperson Tobias Daka has appealed to Phiri to quickly address the water challenges affecting the people in the area since independence.

He expressed confidence that Phiri would address their pressing social issues.

“No one has visited us here, you are the only one to came here since Zambia got independence, no wonder we are saying you are our own child and you understand our problems,” Daka said.

And in response, Phiri expressed disappointment that people in the area still walk more than 15 kilometers to find drinking water, which they shared with domestic animals.

He has appealed to the people in the area to vote for people who could easily resonate with their challenges.

“The Socialist Party is a party for the poor and for the humble, we will try our best to work together with you here and address some of the challenges together with you, as development I cannot bring it here alone, I need your support and you also need our support, vote for the right people and voting for the Socialist Party, you will not be disappointed,” said Phiri.