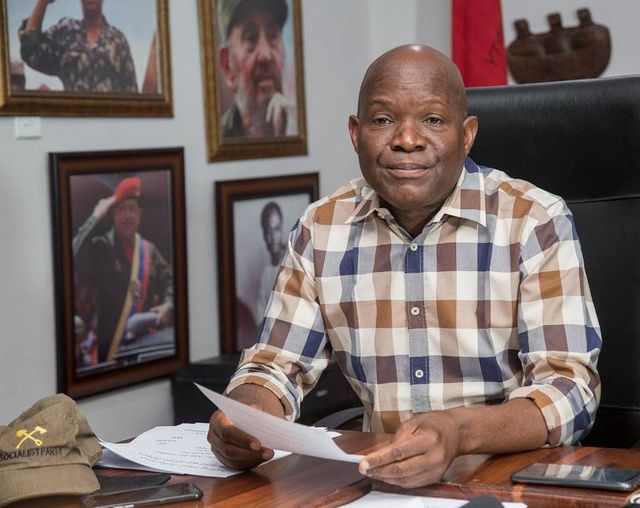 On September 22, this year, the Minister of Finance announced that he had made a request to bondholders to suspend debt servicing for six months because Zambia was not in a position to meet her debt servicing obligations due on October 14, 2020.

As you may be aware, 40 per cent of bondholders immediately refused to grant Zambia debt servicing suspension.

The Zambian government had hoped that when 60 per cent of bondholders met last Friday, which was the last day of the one month grace period given to pay from the initial due date, the bondholders would agree with their proposals. But they too refused.

Consequently, Zambia officially became the first country in Africa to default even if it had already defaulted on other unknown Chinese debt obligations.

As the Socialist Party, we are concerned with the lack of seriousness from the Treasury when dealing with these important issues. We have plenty human resource that we have invested in as a country and worked at the highest level at of both the International Monetary Fund and the World Bank. It is an embarrassment to the nation that the Minister of Finance lied to the nation about his engagement with bondholders only for them to issue a statement the following day that there had been no direct contact between them and the Zambian government.

Why did Dr Bwalya Ng’andu lie to the nation? Is he covering up on the debt that was borrowed under the cover of darkness?

Reality has finally dawned on this Patriotic Front government.

What the international community is demanding is transparency on the Chinese debt obligations. The demand by the Minister of Finance through his representatives that bondholders should sign a non-disclosure agreement before he discloses the extent of Chinese debt and the conditions attached thereof should be of interest to every Zambian because this is public debt which you will all pay for.

As the Socialist Party, we wish to announce to the nation that the reason why this government has since 2016 refused to open it’s books to the IMF on the Chinese debt is because that would reveal the Patriotic Front’s massive penchant for bribes. Most of the loans have inflated figures because of amounts a few greedy individuals collected as ”facilitation” fees. The International community is well aware of the extent of corruption and are now collaborating with bondholders to expose how corrupt this government is.

Once that information on the Chinese debt is given, it will reveal how much money was shared and by who. At the moment, Ministry of Finance officials have been struggling to balance the figures before the IMF team comes in.

Dr Ng’andu must not continue protecting criminals. There is no place for them to hide anymore.

Dr Ng’andu has two options: It’s either he reveals the actual figures of the Chinese debt and Patriotic Front goes down so that we can protect our economy or he lets Patriotic Front continue hiding their nefarious acts and we all go down.

Dr Ng’andu has to make that choice because time is of essence. Thankfully, since we cannot demand accountability and transparency from the powerful politicians and their fellow gangsters outside government, a far more powerful group has come to our rescue.

Issued by Fred M’membe on behalf of the Politburo of the Socialist Party Garden Compound, Lusaka