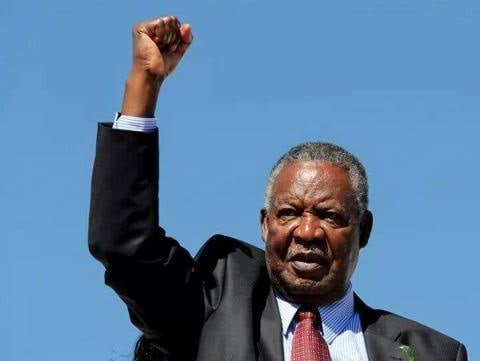 Sata was real, so real… Featured

The enemies of Michael Sata accuse me of putting him and the Patriotic Front in power in 2011. They are not right; they are wrong.
I don’t deserve that much credit. It wasn’t possible for me to make Michael win those highly contested elections. Michael’s political journey started long before I was born. He was a top trade union leader, freedom fighter, businessman, councillor, governor of Lusaka, minister of state, minister of local government, minister of health, minister without portfolio, secretary general of MMD without any participation or influence from me. Michael started the Patriotic Front without me. How can one sensibly try to credit me with making Michael, making him president of the Republic of Zambia? Michael was destined to be president of this country – it was just a matter of time.
For me the story of my association with Michael isn’t difficult or hard to tell because it isn’t fiction. It isn’t something I have to make up; it is my reality. I was insulted, humiliated and abused with him by people who are today enjoying the power he won for them.
When something comes from the heart, it has to be real.
The Michael I knew was a decent human being whose stance on various issues was known. He had a good sense of self image that’s why he would relate with people from all sorts of backgrounds. He was also able to make decisions right or wrong. He was not vengeful and made peace quickly. He didn’t claim to be what he was not – no posturing, pretence or hypocrisy. He showed his emotions whenever he was angry or happy. You didn’t have to guess about him. He was a real human being – with all the defects or frailties of a normal human being. He was real, so real – so creative. I miss him.
If supporting him, being his friend and brother was wrong, then I don’t want to be right!