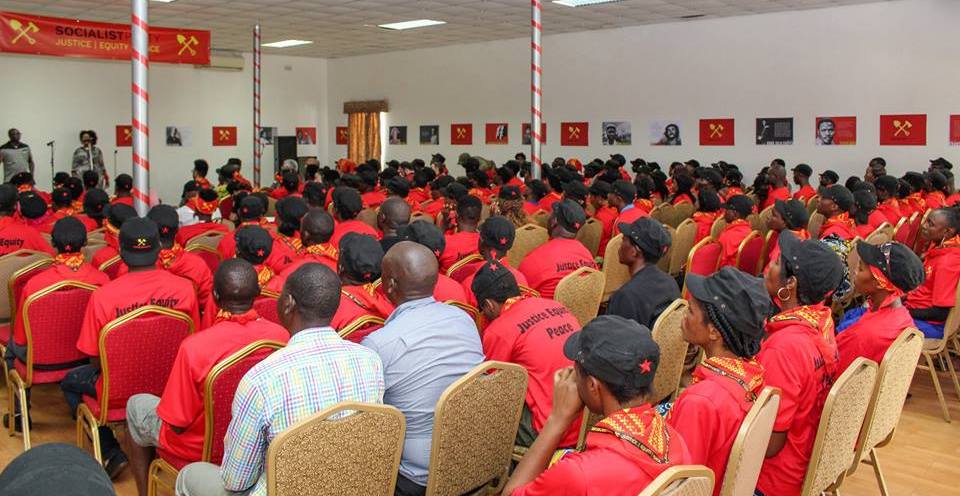 Capitalism Bears the Seeds of Corruption

Recently, Zambia has been treated to a wide range of serious corruption allegations involving top government leaders. But accusations of illegal acquisition of wealth by senior public officers are not new in Zambia, what is new, however, is the level or the size of the acts of corruption committed. Not long ago, we heard about the massive scandal in which over $1million worth of drugs varnished at Medical Stores Limited, consequently placing the Ministry of Health at a high risk of discontinuation of funding support from the Global Fund. Inevitably, this would place over 1.2million people currently on HIV/AIDS and TB medical support programs in a precarious position. Part of the plundered resources are being invested in foreign countries at a time when unemployment levels in the country are at a record low. Our youths graduating from tertiary institutions are having to contend with a bleak future in which a prospect for employment is perceptibly small. In part and to a larger extent, this is what has given birth to gangsterism a phenomenon little known in the last two decades or so. This is how deleterious corruption can be.

What is at issue is the fact that Zambians hardly see anything wrong with corruption, as such we tolerate the vice rather than abhor it. The parasitic petty bourgeoise elite in the political leadership of the country seem to have managed to hypnotize us into docility. I dare say without any fear of contradiction that by virtue of our inordinate silence, we have become consummate accomplices to the vice of corruption. Resources meant for development are plundered with impunity. Unfortunately, those who loot the country’s resources are in many cases deified rather than condemned. Today, Zambia is ranked among the highly corrupt countries of the world at number 97. Zambia is the third hungriest nation on earth. Even in the face of these paralyzing statistics, we don’t seem to see anything wrong with corruption. The question is why?

One of the deformities of a capitalist system is corruption and as long as we remain clenched within the claws of capitalism, we shall continue to wallow in poverty in the midst of plenty. A system that thrives on unbridled greed and flourishes on cutthroat competition driven by an insatiable appetite to consume to satisfy naked self-interest cannot be said to be good. A system that ‘soaks’ the poor to enrich the rich must be superseded by a humane system that advances the values of justice, equity and peace in our societies.

Unfortunately, the majority of the political parties that we have in Zambia save for the Socialist Party have a neo-liberal capitalist character. They are appendages of the capitalist system. Perhaps, that is why it is unamazing to see a political leader sticking out his neck to openly justify and massage an act of corruption involving colossal sums of money. Instead of expressing disapproval to acts of corruption, he finds it acceptable to say, “boyi yaluka, bwesha, this issue has generated a lot of controversy.” I may ask, where is the morality in this type of leadership?

When our desperate youths engage themselves in ruthless attacks against each other as they compete for space in illegal mining activities, the government is conspicuously unmoved by such obnoxious events. All what government officials say is, “arrest them and throw them in jail” without ever caring to examine the class forces that dictate themselves into the crisis of the moment.

In the main, the crises that we are beginning to see today emanate from unfair distribution of resources made worse by dispossessions. Corruption which seems to have become a norm in Zambia has created wide income disparities. Given a Gini Coefficient of 57.5, Zambia is among the ten most unequal countries in the world. If interventions are not put in place to stem the growing income inequalities, gangsterism, crude forms of theft, ghastly murders, to mention a few will continue to haunt us. There is need, therefore, for a fundamental change in the way our country’s resources are managed, controlled and owned. A leadership that denies its people, especially the youth, the dream of a decent future is as useless as the system that creates it and must be discarded altogether.