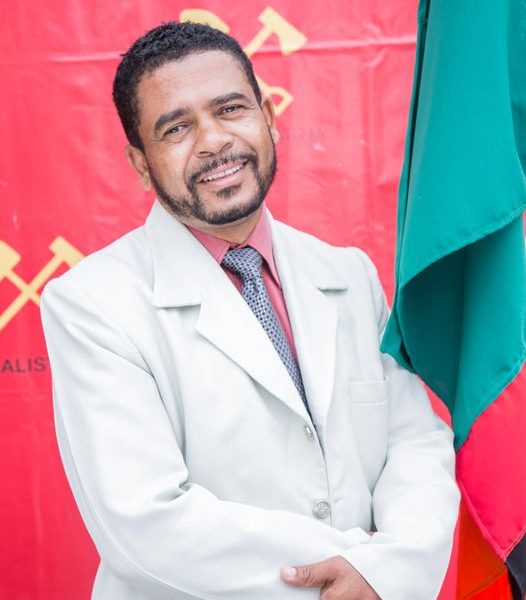 Comrade Brill Aggephrey parliamentary candidate for the Livingstone constituency, says he joined the Socialist Party because he believes “in service being above self”.

“I want us to emancipate ourselves from the mental slavery, poverty, exploitation, gross corruption, and inhuman treatment of the youth, women and my nation. Therefore, I have joined the revolution,” he said.

“Zambians want free education, healthcare, meaningful employment and financial empowerment. These are never provided for by parties like PF, UPND, DP, although they promise them.“Capitalism is based on paying for everything. So, no matter how we change capitalist presidents in Zambia, such change is no change. Socialism is what provides for its citizens.

“Let us support Fred M’membe to remove exploitative capitalism from Zambia. Dr M’membe is honest and resolute in helping us bring about this authentic change. Let us vote for ourselves by voting for the Socialist Party.

”Comrade Aggephrey says unaffordable school fees, unemployment, a lack of medicines in hospitals and expensive drugs in drug stores are just some of the issues in Livingstone.

“People are now self-prescribing medicines as they find none when they visit hospitals,” he said. “So to avoid losing the little they have on transport, they are going directly to the drug stores.

He was a founder member of the faith-based HIV/AIDS prevention organisation Youth Alive, a founder member of a Southern Province human rights committee, chairman of Livingstone Muslim Society, a director of research, public relations and cultural activities of the Islamic Council, and a councillor in Livingstone Akapelwa ward. He has also taught at schools in Lusaka and Livingstone.