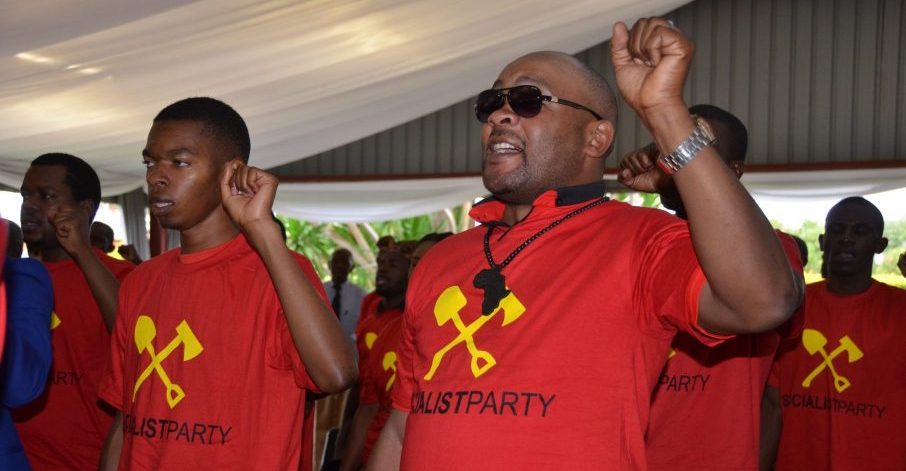 The recently-registered Socialist Party says it is becoming a target of the PF leadership’s Frederick Chiluba-led MMD Zero Option-style political slander because the Leftist-oriented formation was a major threat to the ruling establishment and its funders.

Commenting on the sustained accusations and attacks against the Socialist Party, which was only registered in October last year after more than a year-long validation struggle with the Zambian government, Fr Richard Luonde, the party’s spokesperson, said such attacks were not new on the local political scene and that they will not go away soon.

“The sustained accusations and attacks on newly-formed Socialist Party as reported in the Daily Nation are not new on Zambia’s political scene and will not go away soon. The newspaper in its calculated approach, interviews targeted individuals and this reflects that the paper is not alone in the project,” Fr Luonde said in an interview. “The ruling government has deliberately blurred the distinction between itself and the ruling party. It is worrying that the ruling party militia has assumed the role of the state and the alleged expose is calculated to stop the activities of the Socialist Party as was reported and quoted by the Mandevu PF leadership. The ruling militia wants to use this alleged data to cause mayhem.”

He said Zambia’s recent politics was characterised by unfounded allegations and accusations often targeting personalities and entities considered a ‘threat’ to the ruling establishment and its financiers.

“Threat here refers to potential government through the electoral system. In February 1993, the MMD government-owned Times of Zambia reported that a plot by the former ruling party, UNIP, to overthrow the government, referred to as Black Mamba or Zero Option had been uncovered,” Fr Luonde recollected. “26 citizens that included late Major Wezi Kaunda and Cuthbert Ng’uni had been arrested and charged with capital offences. However, no evidence was provided in court. The government insisted the conduct of the 26 posed a serious national threat.”

He noted that the PF government also had the misfortune of being accused by the United Party for National Development (UPND) of training militias in Sudan, which too, according to the Socialist Party, lacked evidence.

“It is clear that Zambia’s political landscape provides for rumours more than anything else and grossly bent at discrediting political opponents and it is often serious when the accusations comes from the ruling party and government acts quickly as there is no distinction between the two for their survival,” Fr Luonde pointed out. “The recent accusations on the Socialist Party [of Zambia] as reported in the Daily Nation, albeit falls under the description above, unfounded rumours. Socialist Party will not escape these accusations and history shows that they have been levelled at seriously organised parties of the time. Socialist Party should pride itself of this strength.”

Fr Luonde further said the Socialist Party has also come with fresh breath or ideas of political management with leftist orientation that is growing in Europe and other areas where the pangs of capitalism have hit hard.

“One need not be a rocket scientist to appreciate the inroads of socialism in the 21st century. The party organises itself through grassroots recruitment where the people own the party and not the political elite. This is of fundamental importance to the growth which has not been seen in Zambia,” he continued. “The people are trained in political ideology and political management to avoid them being potential political mercenaries as experienced from the ruling PF and other political parties.”

Fr Luonde said those in the Socialist Party will not be apologetic for being socialists influenced by the Marxist-Leninist ideologies as well as those of other progressives.

“We make no apologies that we are socialist! Our fundamental values are anchored on Equity, Humility, Honesty and International solidarity,” said Fr Luonde. “Our existence functions around Justice, Equity and Peace. The party abhors violence of whatever kind. The struggle continues.” 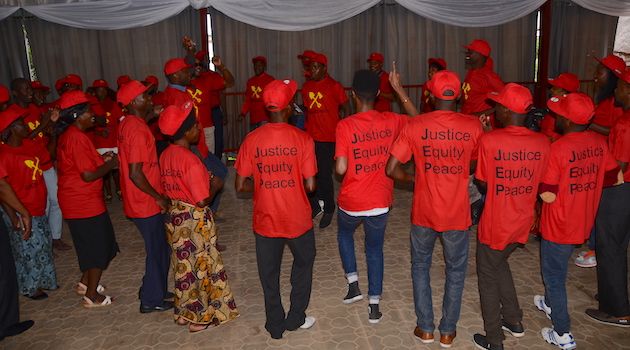 A Revolutionary Party Is Formed

A revolutionary political formation, the Socialist Party has been formed in Zambia.

Announcing the formation of the Socialist Party in Zambia at Tripple M Lodge in Lusaka this monring, party acting general secretary Dr. Cosmas Musumali said real changes in the miserable social, cultural, economic and political lives of the working masses cannot come only through parliament and a few reforms.

“It would require bringing wealth creation and the running of state affairs under the democratic control and ownership of the working masses. This implies a more profound transformation, i.e. a revolution made by the majority of working masses themselves,” said Dr Musumali.

He said the Socialist Party was a political formation of the working class – peasants, workers, students, the youth, poor people, intelligentsia and others who bear the brunt of economic oppression and suppression.

Dr. Musumali said the SP aimed at building a just socialist society in which equal opportunities for all and a guarantee of democratic rights would clear the way for ending social and economic discrimination and exploitation by creating a societywhere the wealth produced by the toiling masses will not be appropriated by a few.

“The philosophy of Marxism-Leninism is indispensable for charting the path to such a new socialist system. Of course, this path will be determined by the specific historical conditions obtaining, as well as the particular characteristics and features of the Pan-African realities, Zambia’s own history, tradition, culture, social composition and level of development,” Dr. Musumali said.

He warned that this goal could not be achieved without a hard struggle and a firm commitment to democratic norms and values.

Dr Musumali said the socialist society and socialist state of Zambia shall fully safeguard the right of individual liberty, freedom of speech, press, association, conscience and religious belief whilst guaranteeing the right to form opposition political parties and defence to the multi-party system.

He said the socialist state shall always keep vigil and prevent the destruction of democracy and violation of people’s basic rights.

“The Party organises itself and its work on the basis of democratic centralism and on full inner party democracy. It fights for peace and against neo-colonialism. The Party firmly believes that real and basic interests of the people of the world are the same and hence we stand for proletarian internationalism and the causes of progressive popular movements wherever they emerge. International solidarity is in the best interest of our own struggle,” Dr Musumali explained.

He said the principles guiding the Socialist Party include unwavering commitment to socialist values, necessity of self-emancipation, transformative power of socialist democracy and importance of a revolutionary process in bringing real changes.

Dr Musumali said the Socialist Party was building on the long history of resistance and liberation of ancestoral beliefs and experiences.

“In addition, the spirit and commitment of our freedom fighters that made the attainment of political independence possible in 1964 nourishes our passion and zeal. We are the heirs of the revolutionary spirit of Zambia,” he said.

Dr Musumali said Zambia needed a transformative change, but this was not possible under the system inherited in 1991 which had miserably failed.