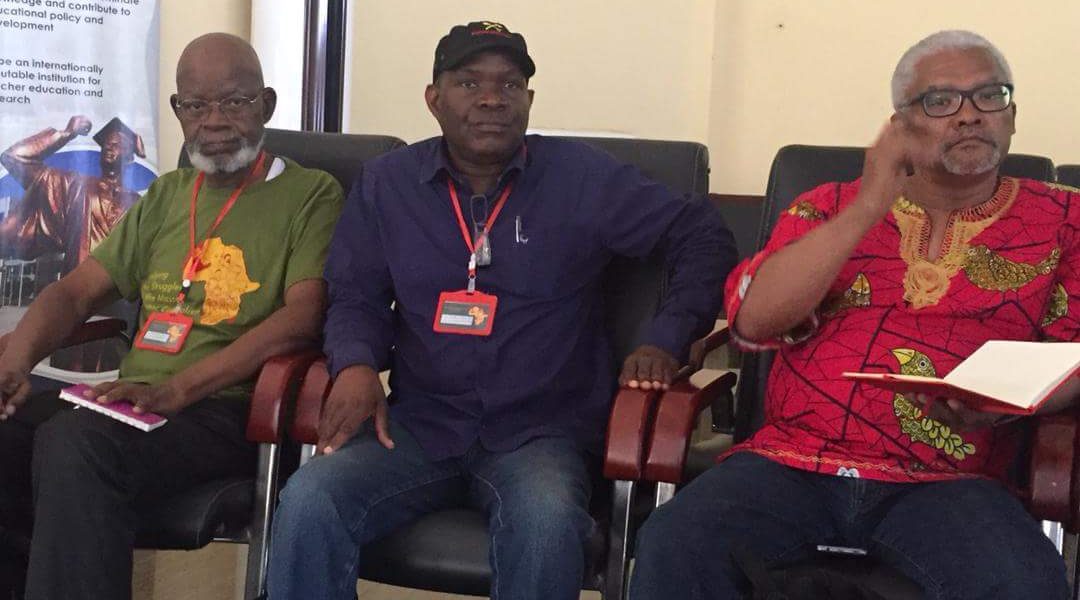 A progressive wave has dawned in Africa, declares M’membe

Speaking at the Founder’s Day celebrations in Winneba, Ghana on Friday, September 21, 2018, Dr Fred M’membe declared that Dr Kwame Nkrumah’s socialist revolutionary ideas were on the resurgence.
Extolling Dr Nkrumah’s revolutionary leadership and ideas, Dr M’membe, who is the 2021 presidential candidate of the Socialist Party (Zambia), said the progressive socialist wave had dawned on the African continent.

Below is the full speech by Dr M’membe:

Revolutionaries never die, Nkrumah lives in us!
Those who thought Nkrumah is dead, they should realise that wherever there is a crucifixion, there is always a resurrection.

Nkrumah is with us right here today. The ideas of Nkrumah will live forever, they will live forever in us, they are here today in his homeland of Ghana. Those who thought we were totally defeated and that was the end of Nkrumah’s ideas were mistaken. The revolutionary process started by Nkrumah six decades ago is being resurrected today, right here in Ghana.

Since 1945 when the PanAfrican Congress was held in Manchester, we didn’t have this type of gathering, not even the OAU assembled so many nations in one place. If imperialists are as intelligent as they claim to be, they will today realise that something is changing on this continent. Something big is happening and they will not be able to stop it. They will not be able to stop this progressive wave.

History is not always in a straight forward direction, there’re often gigantic leaps backward. We have suffered our leaps backwards, we have had our calvary. We’re now coming for you! We’re coming for you! And victory is certain! We will not do it with guns but with ideas – Nkrumah’s ideas, Cabral’s ideas, Fidel’s ideas, Chavez’s ideas! We’ll do it with all the ideas of the revolutionaries of our past and our present!

Comrades, this progressive socialist wave will not be stopped! We are back in Ghana to draw our inspiration, to recharge our revolutionary batteries, to re dedicate ourselves to the African struggle for socialism, which is not only the struggle for Africa, but a struggle for the whole world.
We are with the whole world in Ghana here today. Those who have got ears should listen to what we are saying; those who have got eyes should see that our actions are determined, our ideas are clear! We’re resolute with everything that we are saying and which we are doing!

We’re not here to reform capitalism; we’re here to build a socialist future for our continent and the whole world. We’re here to continue what Nkrumah struggled for and died for. We’re here again because Nkrumah lives in us!

For many years, we are given examples of how Ghana is doing very well in terms of neo-liberal capitalism. What has changed? Are the conditions of the Ghanaian people today better than they were 20 years ago? Are they going to be better in 20 years-time under capitalism? Again, the answer is a categorical NO!

Your health has been put in a casino for gamblers, speculators to make money 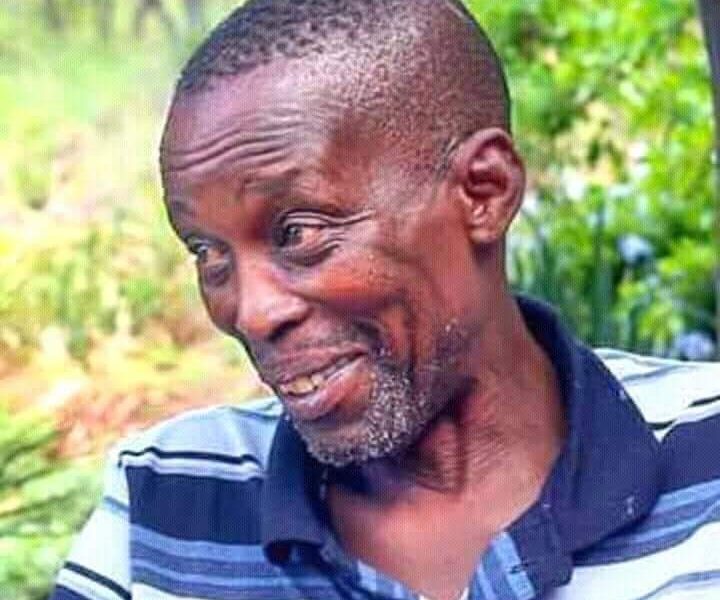 Members of the bereaved family;
Leaders of Numsa, SAFTU, EFF and SRWP;
Leaders of ANC, SACP and COSATU;
Leaders of the EFF;
Colleagues of Mkhonto we Sizwe;
Respected comrades and friends,

We have come here to bury a political commissar for national liberation and socialism.

Comrades, on behalf of the Socialist Party (Zambia) I wish to convey our feelings of deep sorrow on the death of our dear friend and brother, Comrade Fieldmore.

Over the last three years, cadres of our party learned profound respect for Comrade Fieldmore as one of the most gifted, passionate and profound disseminators of the ideas of Marxism-Leninism, ideas that are guiding our joint and common struggles for a more just, fair and humane world.
United under the banner of those ideas, today we are creating more and more revolutionary organisations and opening up new fronts in our struggle across Africa and other parts of the exploited, oppressed and humiliated world.

Comrade Fieldmore helped our cadres uphold the cause of socialism despite the treachery, vacillation, and irresolution of many of our comrades.

Comrades, there’s a lot to be said – and a lot will continue to be said about Comrade Fieldmore and our struggle – but this is not the best place and occasion for long speeches.

Comrade Fieldmore, we lay you to rest with the pledge that a socialist Zambia, South Africa, Africa and world you struggled for and dreamed of will one day become a reality.

Dear Comrade Fieldmore, we all owe you a debt that can only be repaid through continuing this struggle without respite, pause or improvisation – which was the passion and dream of your life.

Fighter, revolutionary, soldier for national liberation and socialism, we mourn deeply for you. You will remain in our hearts forever.

Statement of Socialist Party (Zambia) on Tuesday’s earthquake in Venezuela

It is with profound sadness that we receive the news of the earthquake catastrophe that hit Venezuela on Tuesday.
It is with sadness, that we heard and saw on television the destruction caused by this earthquake.
We would like to extend our heartfelt sympathy to all Venezuelan people.
We are thinking so much of the people of Venezuela as they experience this terrible earthquake and all its consequences.
We are so sorry to see this devastation; we know Venezuela is a nation of people who will work their way through it all. We have a great admiration for the Venezuelan people.
We will be thinking of you each day – as always.
It would be a formidable task to recover from an earthquake of this magnitude. The Socialist Party (Zambia) stands in solidarity with the people of Venezuela through this difficult time.
We are concerned about the dire consequences of this deadly earthquake which will multiply the problems of the people of Venezuela. 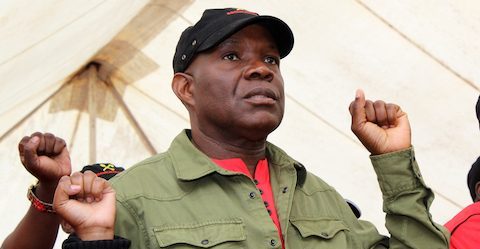 We are shocked and angry today by the barbaric attempt to kill the revolutionary Venezuelan President Nicholas Maduro.

We are horrified by this horrendous terrorist attack that has left seven Venezuelans injured. Our thoughts are with these injured Venezuelans, their families and friends.

We are confident the Venezuelan revolutionaries will never let these terrorists win, and will never be cowed by terrorist attacks.

Any government or organisation that supports terrorist actions like this is complicit in the attempt to murder President Maduro and injure innocent people and is equally guilty of terrorist crimes.

Today, all revolutionaries and people of good will are united beyond all borders in support of President Maduro and Venezuelan revolutionaries’ courage and determination.

We stand in absolute solidarity with President Maduro and Venezuelan revolutionaries.

We all have to step up the struggle against, and defeat, the ideology that fuels such terrorist attacks.