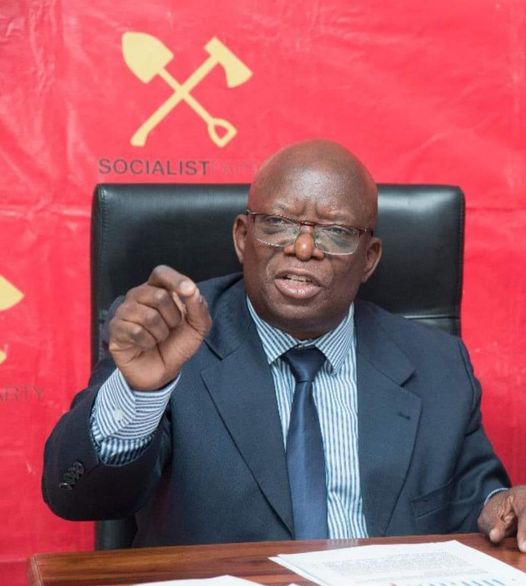 Fears over the Cyber Security and Cybercrimes Bill

THE Cyber Security and Cybercrimes Bill of 2021 is raising a lot of contention and anxiety from all corners of Zambia, Cosmas Musumali, Socialist Party general secretary and first vice-president has said.Dr Musumali said that to understand the reasons behind the controversy it was necessary to examine the bill’s background.

“Let’s go back to 2014,” he said. “The African Union Convention on Cyber Security and Protection of Personal Data (AU) was adopted by the assembly of heads of states and governments of the African Union in 2014.“In 2016, the President of Zambia signed the convention, which addressed four main areas; namely, electronic transactions, personal data protection, electronic commerce, and cyber security and cybercrime.

“The AU was to facilitate the development of an appropriate legal framework on the continent that would empower citizens and ensure that their respective online environment was trusted, safe, beneficial and empowering,” he said.“The AU provided guidelines at the regional level. SADC proposed some model bios. The issue was therefore about the domestication of a legal framework that had become a reality and necessity, both on the continent and globally.”Dr Musumali said that to move ahead there first had to be a repeal of the electronic communications and transactions act number 21 of 2009.“And the replacement of the act was going to be three standalone laws; a) the electronic, communication transactions act, b) the data protection act, and, c) the cyber security and cybercrimes act.

“So initially, we had one law in 2009. And the attempt today is to have three standalone laws, but interconnected, to replace it. These three new laws are being developed together. It is especially the last one – the cyber security and cybercrimes bill or crimes act ­­– that is borne of contention.”Dr Musumali said there were three main areas of concern:“Firstly, the poor reputation of the sponsoring government and political party in upholding human rights, combating crime, ensuring justice for all. The PF government has failed in these dimensions. The upholding of human rights has been very poor, combating of crime has slowed down, and ensuring justice for all has been a disaster. And you are talking about laws that have an impact on all these areas, and understandably people have a lot of mistrust.

“Secondly, there has been a lack of an inclusive consultative process. When a process lacks consultation it is one sided, it is by and large regarded as a PF piece of legislation, and a legislation that is one sided and looked upon as being partisan does not enjoy the support of the masses of our people.“Thirdly, there is a lack of clarity and systematic tackling of the content. When you go through the three bills being suggested you find a lot of definitions that are omitted, interconnections to existing penal code, for example, are not made. You find there is a lot of preoccupation with state institutions and state actors. The wider societal linkages are not made or are extremely weak.

“What you also find is that it is apparent that the drafting was done hurriedly, there are lots of mistakes, lots of omissions, and it just doesn’t read well.“This leads us to a fourth concern, and that is why the PF government is in a hurry to bulldoze this law through shortly before the elections.“Our advice to the PF government is that it should slow down, consult more, and carefully consider the critical contributions coming from the diverse stakeholders.”Dr Musumali said that once enacted the law would have a huge impact on all citizens, and it was important that short-term political interests were put aside.