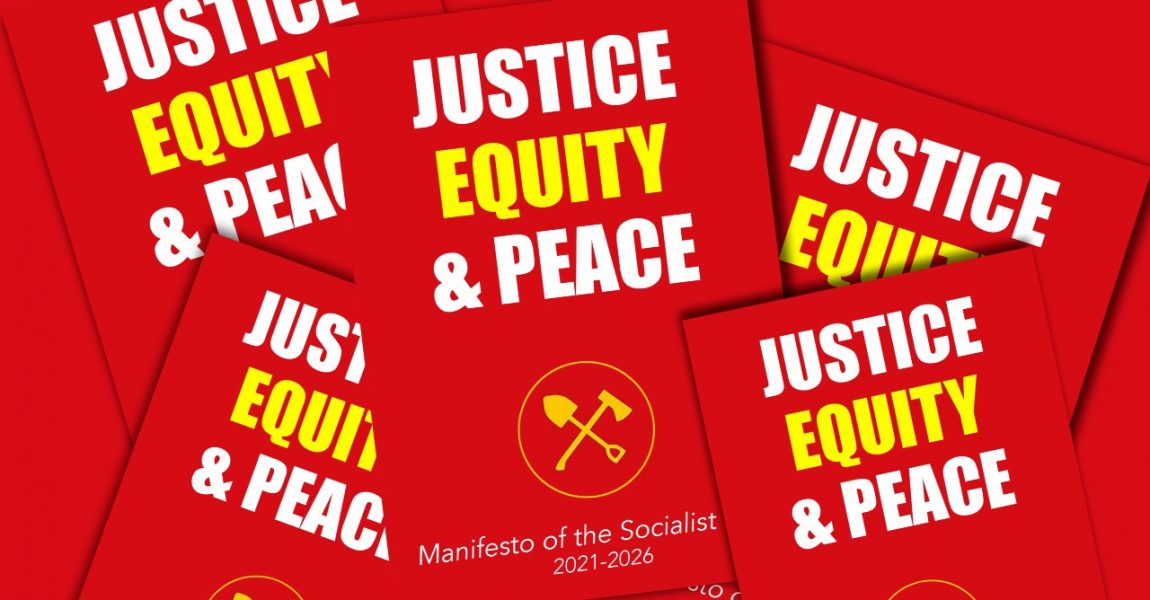 A ‘conversation’ with Dr Cephas Mukuka

Dr Cephas Mukuka, you say whoever is elected president next year must work tirelessly to bridge the gap between the rich and the poor. We agree with you! Like you dear brother, this issue pains us a lot and is top in our thoughts and actions.

I am referring to you as a dear brother because if you tremble with indignation at every inequality, injustice and the degradation of any human being then you are a dear brother of mine.

My dear brother, the Socialist Party is in total agreement with you on this score. Its entire programme is devoted to fighting this inequality, injustice, degradation, abuse, exploitation and humiliation of fellow human beings and citizens, of the poor.

Dear brother, you say the gap is too wide. Yes, it is – extremely and dangerously wide. You say, “Let resources be distributed equitably without fear or favour. Let for once our people feel that sense of belonging to a nation like Zambia which is blessed with abundant resources…May someone somewhere come to realization and do what is right to help these suffering masses.”

Dear brother, we are here and that’s what we are here for. That is what this party – the Socialist Party – is here for.

My dear brother, it is not enough for a country to attempt to increase its wealth. It is also necessary to ensure that it is evenly distributed. But inequality is an important feature of capitalist economies.
In the capitalist countries it is generally recognized and accepted that inequality will remain and that cannot be helped. Some economists make even virtue of this necessity and they see lot of good in these inequalities from the point of view of capital formation.

But we know and we have seen that inequality leads to some very serious economic and social consequences. It creates two sections in society – the ‘haves’ and the ‘have-nots – which are ever on a war path. This has resulted in ever mounting social tensions and political discontent.

The rich dominate the political machinery, and they use it to promote their own exclusive interests. This results in corruption, graft and social injustice. The rich exploit the poor. The consciousness of this exploitation leads to political awakening and then agitation and even political revolution. Thus inequality is an important cause of social and political instability.
Inequality promotes monopolies. These powerful monopolies and industrial combines charge unfair prices from the consumer. And crush the small producers. The bigger fish swallow the small fry.

It is said that ‘slow rises merit by poverty depressed’. It is not easy for a poor man to make his way in life, however brilliant he may be. It is a great social loss that brainy people without money are unable to make their due contribution to social welfare.

Democracy is a farce when there is a wide gulf between the rich and the poor. Political equality is a myth without economic equality. The rich are corrupted by vice and the poor demoralized by lack of economic strength. Thus inequalities spoil the rich and degrade the poor. Vice and corruption rule such a society. The poor man finds it almost impossible to regain the virtues of honesty and integrity. Human dignity is lost altogether.
In the present era of social and political awakening, it has become a major plank of political policy that inequality should be reduced, if not eliminated. And dear brother, here is what the Socialist Party manifesto says on inequality:

“You do not suffer just because you are getting fewer calories than required. There is another sort of suffering; social inequality, which makes you feel constantly debased and humiliated as a second-class citizen in your own country. Inequality has divided our country into two nations – the Kwa and Ku nations – the nations of the poor and the well-to-do. As such, we cannot truly speak of One Zambia, One Nation. Those who live in Kwa have poor water supply, sanitation, shelter, nutrition, schools, healthcare, roads, and very high rates of unemployment. Those who live in Ku have the best of everything. And whereas in the past it was easy to move from Kwa to Ku, today it is very difficult to do so. In those days, all one needed was to work very hard at school, college or university. Today, hard work is not a guarantee that one will finish school, college or university. It is money that determines that, the ability to pay school, college or university fees. If you are born in Kwa, it is highly unlikely you will marry someone from Ku. Where are you going to meet? You live in different places, you go to different schools, churches, shopping centers, places of entertainment, and even bury your dead in different graveyards. To unite our people in ‘one land and one nation’ – as is our cry in our national anthem – will require equity of access to necessities such as education, healthcare, water, housing, sanitation, transportation, physical security, land and food. Most, such as health, education, and physical security, should be public goods, and others should at least be distributed according to the level of need in order to ensure access for all. Zambian society is a long way from realizing this requirement. The rich have ‘first-world standard’ goods and services, whereas the poor masses have access to poor-quality services or none at all. There should be no such gap. The Zambian masses are suffering from poverty, injustice, humiliation and inequality. This suffering is both material and moral. Even when no one lives in absolute poverty, the existence of a glaring disparity in income levels indicates an intolerable imbalance in the way wealth and resources are distributed, where average rural poverty is 76.6 per cent. Western Province has poverty levels of 82.2 per cent, Luapula Province 81.1 per cent, Northern Province 79.7 per cent, Eastern Province 70 per cent, North Western Province 66.4 per cent, Southern Province 57.6 per cent, Central Province 56.2 per cent, Copperbelt Province 30.8 per cent and Lusaka Province 20.2 percent.

In a compassionate society, there should be no differences in outcomes based on factors for which people cannot be held responsible. Zambia has one of the worst situations globally. There is a glaring gap between the rich and poor. Between 2010 and 2015, the Gini coefficient increased from 0.65 to 0.69. This is a very high rate of income inequality. It is volatile and dangerous for national development. It could be argued, of course, that those who enjoy the highest level of income have achieved it through hard work, and that they deserve the benefits of their efforts, regardless of the poverty afflicting others. There are many reasons to reject this argument.

Firstly, from a religious point of view. It is sinful to keep for oneself an overabundance of wealth when one’s sisters and brothers are suffering, and even dying for want of simple necessities. In such a situation, it is of no consequence how and why some people come to be excessively wealthy while others starve. Distributive justice demands that sufficient sharing takes place to ensure the basic needs of all are met. Secondly, even if the demands of charity are rejected, and were it possible to argue that those enjoying excessive wealth are fully justified in doing so, common sense dictates that our society cannot prosper under such conditions. The good of each of us in the long term is secured and promoted by the common good. Failure to do so can only precipitate social instability and threaten the well being of all, rich and poor. History abounds within stances where the rich and powerful have brought about their own downfall by refusing to recognize in good time the legitimate demands of the poor. And as long as this gap remains at its current scandalous level, the future of our country is at risk. If the gap between the rich and poor is unacceptable, then so, too, is the actual degree of poverty in our society. By tolerating such high levels of poverty, the Zambian economy undermines the common good, and fails to demonstrate the solidarity that our shared human dignity demands.”

Dear brother, doesn’t it behoove you that we can work together to try and remake the world and remove inequality, injustice, exploitation, degradation and humiliation of fellow human beings and citizens, especially those who are poor? 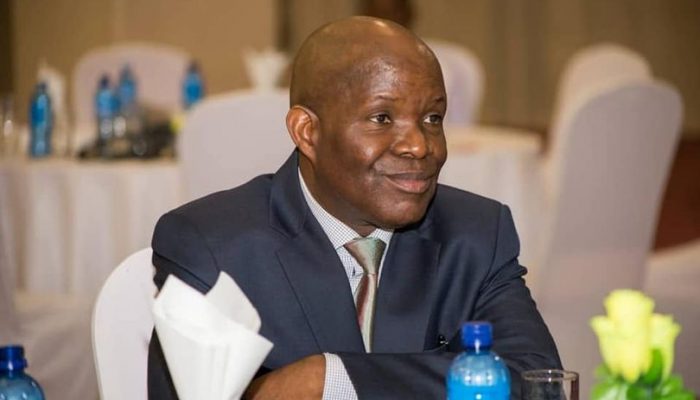 No place for vengeance

Reflections and meditations on our election campaigns 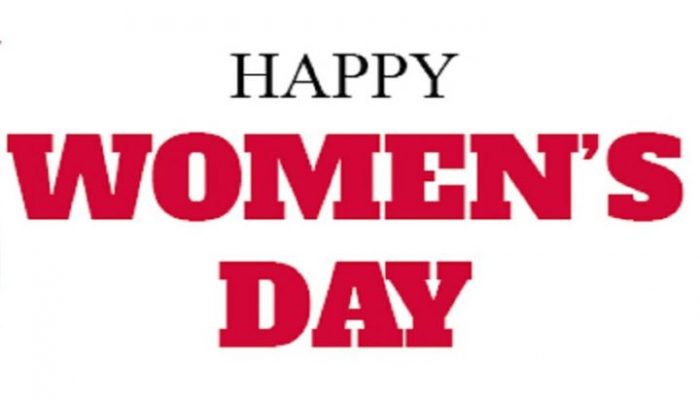