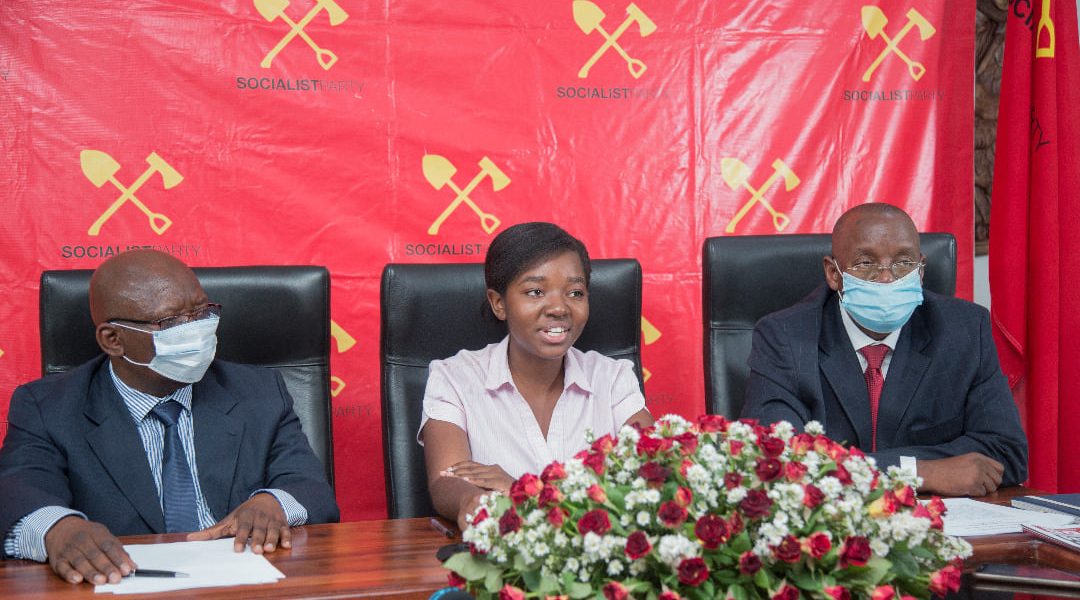 REAPING WHAT WE SOW: A Mediocre and Political Budget

The Socialist Party’s Review of the 2021 National Budget

The 2021 Budget comes at the backdrop of heightened weaknesses in the country’s macroeconomic fundamentals with the economy expected to contract for the first time since 1998. It has come at a time when the Zambian Kwacha has continued to weaken against the hard currencies as a result of country’s weak fiscal position, at a time when the debt situation is seemingly unsolvable, at a time of high inflation that has resulted in the overall increase in prices of goods and services. It has come at a time of the COVID-19 pandemic that hit the country in March 2020 and has exacerbated the already struggling economy. These weaknesses in the macroeconomic parameters have also resulted into the country’s credit rating being downgraded further from CC to C by Fitch Rating Agency, making Zambia an unattractive economy to lend to.

Against this grim background, one would have expected the 2021 budget to be an extraordinary budget that rises to the occasion to address these challenges and weaknesses while ensuring that the most vulnerable in our society are protected.  Shockingly, the Minister of Finance presented what the Socialist Party would call a ‘political Budget’ which is not only very hollow but one that they will not even manage to implement from day one – it arrived dead!

While every Zambian is, by now, aware of the fact that the PF Government has taken the country into debt distress and has even gone to the extent of hiring White & Case LLP, a law firm, and Lazard Freres financial advisory firm, to help them negotiate  the restructuring of the debt and suspension of interest payment, they have proposed in the 2021 Budget to borrow K51.6 billion or 43.2% of the total Budget. What is even more shocking and maybe a joke is that the PF Government believes they will borrow K20.6 billion from external lenders as budget support loans. Which external lender would give the PF Government Budget Support loans when they have already admitted inability to repay existing loan?

Or is this figure a number just put in, to balance the Budget?

It must be noted that at the time the PF took over the Government in 2011, Zambia’s economy was growing at an average 6.4% per annum since 2005, with the country embarking on the 2030 Vision of becoming a Prosperous Middle-Income Nation. As a result of the sustained economic growth exhibited over those years and the country’s attainment of per capita income of above US$ 1,600 in 2011, the World Bank reclassified Zambia as a Lower Middle-Income Country in 2011.

However, with the PF coming into Government, the country went into high borrowing gear without regard towards ability to pay. This resulted in weakened macroeconomic fundamentals to the extent that when the country experienced economic shocks in 2015, the PF Government failed to contain the shocks. Since then, the economy has been in free fall and now in a recession for the first time since 1998.

While the economy has not been performing well, the PF Government has continued to borrow recklessly. This has taken the country into debt distress. It must be noted that when the PF came into power in 2011, they inherited an economy with debt at 21% of GDP. In 2021, the PF will be handing over the economy with debt at 119% of GDP. This is not only unacceptable, but unjust, careless and taking Zambians for granted.

The implication of this reckless borrowing by the PF Government is that debt service has become very costly and crowding out resources. These resources could have otherwise gone towards social sector spending such as education and health which directly benefit the majority of Zambians. Debt service expenditure in 2011 only accounted for 11% of domestic revenues. This has however, risen unjustifiably to 51% in 2020 and expected to further rise to 70% in 2021.

Figure 3: Debt Service as a Share of Domestic Revenues

What does this mean?

It means that for every K1 the Government will collect in domestic revenues (Tax and non-tax revenues), 70 ngwee will go towards debt service and only 30 ngwee will remain for other spending including salaries to civil servants, buying medicines for the hospitals, school requisites, water and sanitation, FISP, Social cash transfer etc.

To put it into context, the Government projects to collect a total of K65.98 billion in domestic revenues in 2021. Of this, K53.27 billion is tax revenues and K12.71 billion is non-tax revenues. Debt service on the other hand is projected at K46 billion. If we add salaries of civil servants which we estimate to be around K27 billion, it means debt service and salaries alone will amount to K73 billion. It means the whole of K65.98 billion domestic revenues will go towards debt service and payment of salaries to civil servants. In addition, the Government will have to borrow another K5 billion to finish off paying for debt service and salaries.

This is clearly not a prudent and sustainable way of running our country.

Simply put, there is no money for social sector spending and poverty reduction, resulting in poor health and education outcomes, no drugs in clinics and hospitals, no school supplies for education, no resources for research and extension services to improve agriculture except for the resources for FISP and FRA which are there purely for political expedience.

Budget allocation to priority sectors such as Education, Health and Agriculture show a consistent reduction over the years despite Zambia being a signatory to international commitments. For example:

It must be emphasized that while allocations have been reducing, the actual budget releases are even worse and we will be providing the detailed and specific information on these sectors and the subsequent implication of this on the poor, the workers and the Socialist Party’s vision to correcting these ills over the next few days where we will provide detailed sectoral analysis .

In conclusion, while the PF Government inherited a very promising and vibrant economy in 2011, they will be handing over a hemorrhaging economy with  unsustainable debt in 2021. To the Zambian people, we are in this together, and together we can bring forth the change towards a just and equitable society that every Zambian deserves.  In 2021, you the people of Zambia will have a choice to make. You have an opportunity to correct the mistakes that our country has been exposed to. The choice is all yours. This is your opportunity to choose wisely, and our prayer, as the Socialist Party is that for the sake of our children and our grandchildren, and our great grandchildren, we will all commit to give the reign of Government to the right people in 2021, the Socialist Party.