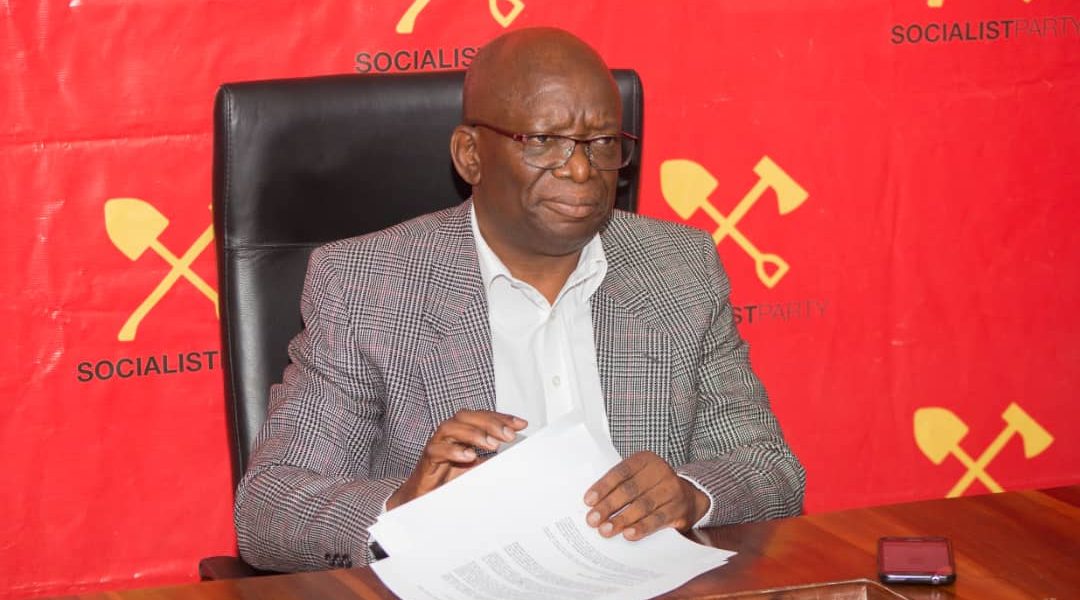 The statements alluded to the Secretary General of MDC points to a political entity and a bunch of people that are ideologically dishonest and may be even bankrupt.

Talking about pursuing practices that borrow from both capitalism and socialism is not in the realm of ideology. For example, all capitalist countries, including the USA, apply some selected socialist principles in certain key areas of society or under crises situation – such as the prevailing COVID-19 pandemic. But this is not the same as saying they pursue a socialist ideology. Neither is their overall goal the building of a socialist society! Far from it, socialist principles and practices are selectively applied to stabilise the system and provide a human face to an evil system.

The overall goal of bourgeois political parties is to entrench the capitalist system in which capitalists, the most economic powerful elite, have hegemony over the social, cultural, economic and political life of the respective countries.

Today, we do not have a single country that has attained the status of a communist society. China is a socialist country whilst embracing aspects of capitalism. The political party in power has an overall goal to build a socialist and eventually a communist society. By allowing aspects of capitalism to grow, the Communist Party of China has not abrogated it’s overall goal at all. In a world dominated by capitalism, some spheres of life will for a long time to come still embrace capitalist principles and practices.

The sphere of ideology looks at the bigger questions of organising a class based society and it’s inherent contradictions. In a class society, the class that owns the critical means of production has huge control of the economic base. It also logically ensures that a supportive social, cultural, educational, legal, administrative, political and security superstructure emerge that protects it’s economic class interests. Understanding this interface between the economic base and superstructure is key to the positioning of ideology.

Socialists are honest about whose class interests they represent. The mission is to end class based exploitation of labour by capital. This is only possible through a revolutionary transformation where ownership of the economic base will be dominated by the working masses themselves. Where the masses get to have a dominant say about the management of their natural resources. Where the masses regain their human dignity from the slave-like conditions under which they live and work today!

To understand what the founders of the MDC believe in, one has to look at what each one of them has said and written over the past years! They are all unrepentant capitalist promoters! So why not just be upfront with it? Why hide under some eclectic and contradictory statements? The simple answer is that its is good PR to talk about a middle of the road approach. In a society where the masses of our people are marginalised and impoverished by the day, the MDC stand is tantamount to betrayal of the masses wanting transformative change.

The MDC is nothing other than a bunch of frustrated petty bourgeois politicians seeking for a piece of the evil capitalist cake. Can socialism really work in Zambia?